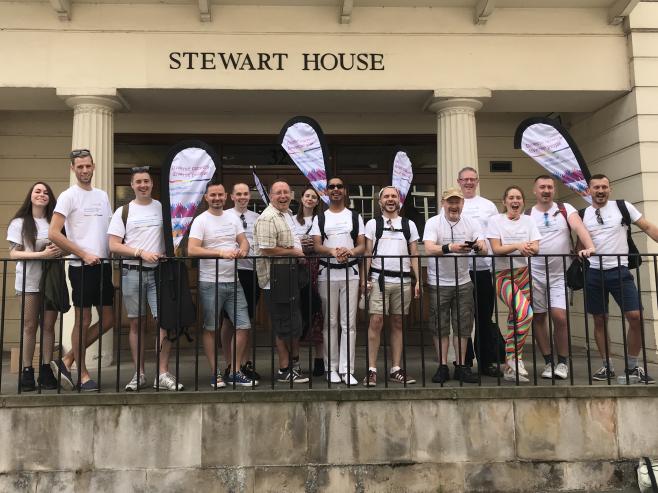 Staff from Health Education England joined huge crowds of revellers to party against prejudice at London Pride Parade on Saturday.

This year’s event marked 50 years since the Stonewall riots, a series of spontaneous demonstrations by members of the LGBT+ community against a police raid that began in the early morning hours of June 28, 1969. Tens of thousands of people took to the streets at the weekend in what was described by many as the biggest parade ever.

" While there has been much progress in the fight for equality in the last 50 years, there is still more to do and we must not become complacent.

"I'm proud to march with colleagues and hope by doing so we help to send the message that HEE strives to be an organisation where everyone feels comfortable being their true, authentic selves."

Staff from across HEE joined the march,  along with their friends and family, including Director of Innovation and Transformation, Patrick Mitchell, and Workforce Planning and Intelligence Director, Rob Smith.

Leading up to Values Week on the 15 -18 July follow #livingthevalues on HEE’s Twitter page to learn more about how people across the NHS are celebrating the values from the NHS Constitution.